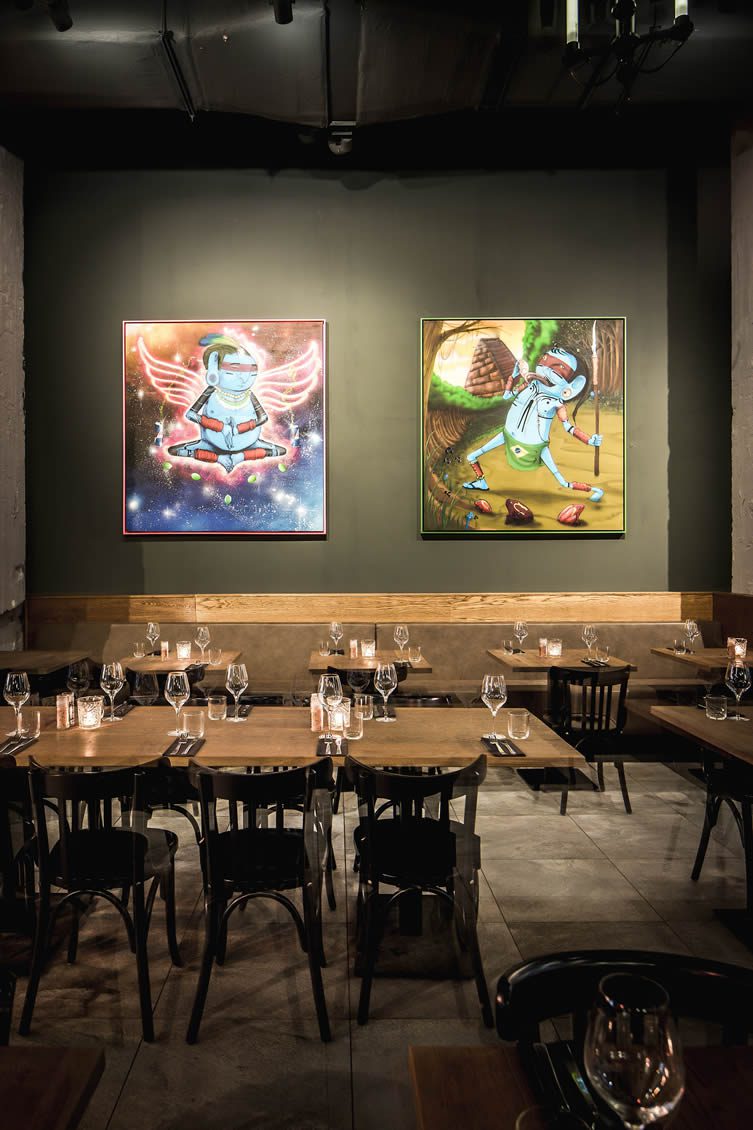 Felicia had volunteered as an internship supervisor for the young students of her alma mater. It has been a few years since she had graduated and she kind of missed that place. There’s only a few news that reached her about the school lately but when the internship coordinator reached out for potential internship supervisors, she heeded the call. It’s not like she has a lot of things to do in her studio anyways. She received her assignment and she was assigned two students. She arranged for a meeting at the Tinworth’s Arts Centre at the restaurant because she wanted a relaxed environment for their first meeting. Felicia is trying to be more accommodating, choosing to treat these kids like she would a potential client. She was shown to a table by the hostess and she had said that two students from Hogwarts would be joining her shortly and gave her their names. As for herself, she ordered a cup of coffee to start. And now, all she had to do was wait.

Their initial plan was to go back to India for a possible internship at a record studio but when the opportunity presented in the form of Hogwarts internship program, Cabir couldn’t deny it and he knew his friends felt the same way. So here they were, all signed up for an internship with different supervisors. For him and Mukti, he had received the message from Felicia Quinn, who was a known UK artist, making Cabir impatient with anticipation. It hasn’t been difficult for him to decide on what he wanted to be ever since their little band of friends had come together with their music passion but the problem was... there was no one to guide them except themselves. His parents thought he was wasting his time and would have him do something solid for the living. And then there was the fear that maybe they weren’t that good. Cabir didn’t want to speak for the others but he was turning sixteen and needed a validation and guidance for his future career and what better way to get it from an artist herself. His hands dug in his pocket, the boy was silent as he walked to the Tinsworth art center with Mukti and glanced at her once, making sure she was okay. He didn’t know it was his empathy but he got the same feeling as him, or was it his own? Cabir shrugged as they entered the restaurant, steering Mukti from her arm as they approached the hostess and informed them of their names. They were immediately guided to the table where Felicia Quinn sat herself. Cabir being Cabir had done his own research and knew a bit, like how she was a singer and painter both, and quite young, not to mention graduated from the same school they have recently transferred. He didn’t understand the choice of location but didn’t question on it, rather just smiled pleasantly at the woman. “Good Morning. We are here for our internship. I’m Cabir Vedant.” He introduced himself, not taking a seat yet as he was being polite.

(Ooc: I was told by Prof. Rothwell to join in this)

There was some confusion caused by the school owl resulting into mixing of his internship letters. Shivaay was going back and forth sorting it out, clearly frustrated at the lack of owl coordination - the creatures were no brainers why he has no interest in having them and will prefer the Muggle devices over. It’s also his only mode of communication so it’s not like he’s got an option.

Assuming Shivaay has no idea that he was interning with Cabir and Mukti, he received the internship meeting letter with the time and location, making his way on his own to the cafe they were to meet when he found the two ahead of him. He didn’t have to ask the entrance to guide him, being aware of who Felicia Quinn is - Shivaay likes keeping track of musicians, local or international. He gave the two a head twitch greeting and turned to the lady in question. “Ms. Quinn? I was asked by Prof. Rothwell to join you for the internship.” He informed her with a smile.


Following Cabir to the Tinsworth Art Gallery, her mind was reeling with the internship meeting. Mukti was decided long back she wants a career in the music industry and nothing can budge her when her mind is made. She believes that working hard can gain them the practice and talent to achieve their goals. This internship was seen as a means of improving herself and her music and what better way than under a talented musician. They entered the café where the meeting is to be held and let her friend do the asking around, taking the interior of the place herself. Mukti was dressed comfortably in a jeans and a full sleeve top – if the meeting is held in a café it can’t be formal and doesn’t require her to dress that way. “Hello,” she greeted the woman as they reached her and looked up surprised at Shivaay’s sudden appearance. They weren’t aware he was joining them but can’t be happier, passing him a grin.

Cabir wasn't expecting Shivaay to join them as they hadn't been told anything about a third person but he was pleasantly surprised. Twitching his eyebrows in question at him, he caught Mukit's sight who seemed as confused. Shivaay spoke to the supervisor so it started making sense and they took a seat opposite to the lady waiting for her to continue. Cabir is still a bit clueless as he didn't know what to expect yet. Are they going to have a chat? Or like a pick your brain session? He isn't sure but he's hoping it's something similar that can also help them in their music. He shouldn't be guessing that though. Felicia Quinn was a locally well-known musician so he was certain she knew what she was doing.

Back to La Roseraie