Owner of the Tinworth Theatre, Philanthropist 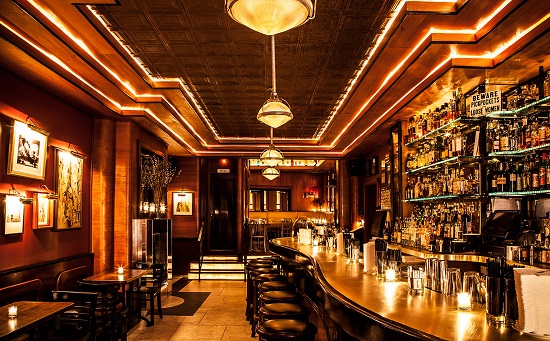 Owner of the Tinworth Theatre, Philanthropist

The Performing Arts industry is difficult at the best of times. These days, it is exponentially scarier. From what he had seen in newspapers through the years, some companies continue to cancel performances, some even the entirety of next season, lay off employees, and scramble to find alternative ways to reach audiences. Noah doesn’t consider himself as a newbie as far as business management is concerned. He started as a waiter in their food business until he reached his position now. It was something his adoptive father wanted him to experience to give him a different perspective, from being a small employee and rising up the ladder. His father believed it’s the best course of action if you want to better understand the people whom you will be managing in the future. It’s how he will become an effective leader someday. Noah understood what his father wanted to happen, it really helped him shape the person he is today. He knows how his employees’ minds work which usually helps him come up with win-win situations. It’s also where he learned to come up with a Plan B, C and D as issues continue to be so perilous. In an attempt to come up with backup plans to his backup plans, one of the major roadblocks has been - how will he let everyone know about the existence of his theatre and how it can help many people? Even though he has been a business owner for several years now, he still finds it difficult to explain what he does to people who have no exposure to or understanding of what goes behind the scenes of a live performance, or how a certain business works. To try and help answer that question, in addition to his own research and company-building, he had reached out to the people, companies and organizations who he’d met over the years and asked for their advice and help, and most importantly, their support. One of the people who responded to him was Hunter Bennett, an English National Quidditch player. Noah eagerly responded to the man who requested a meeting with him to discuss his cause personally. He’s willing to give the man a background of his plans. Not wanting to make it too formal, he chose to meet at the theatre bar. He wanted to give a good first impression so he went to the bar early. It’s just 7 o’clock in the evening, most of the patrons will go there by eight, giving them more time to talk before the place becomes crowded.

Being in the National League is not only about competing, winning titles and receiving huge salaries. In addition, some of the players love to give back a certain amount of money to people who need it the most. Professional quidditch players live in one of the most sought after limelight the world has to offer, and there is no better experience than to take their time and money and give back to their communities. While some stars have their own charities, others simply work with community organizations through the league, teammates or cities they’re involved with. Hunter wasn’t that engaged as far as charitable initiatives are concerned yet although he’s interested to help if needed. One day, he received a letter from a certain Noah Peterson, asking him if he wanted to participate as a sponsor for the charity work he’s currently organizing which will help the aspiring and starting artist who doesn’t have the money and the means to advance their careers. He was told his theater helps those people and Noah even offers his place for other charity events. Hunter, of course, was interested to help but he wanted to know about the guy’s plans and his dreams. It won’t hurt to ask more questions, for his own benefits. Who knows he’ll be interested to participate in the event itself, aside from becoming a sponsor. With that in mind, he replied to the letter and requested for a meetup which the guy easily agreed to. He was invited to meet at his theater so he could show him the place as well. It’s actually a good idea so he sent his confirmation. The day of the meeting came and Hunter went there on time, dressed in his casual clothes. He was greeted by the staff at the door so Hunter mentioned the name he was looking for and was directed to the bar section. There was a guy waiting there when he arrived so he approached the man. “Noah Peterson?”

Back to Tinworth Theatre