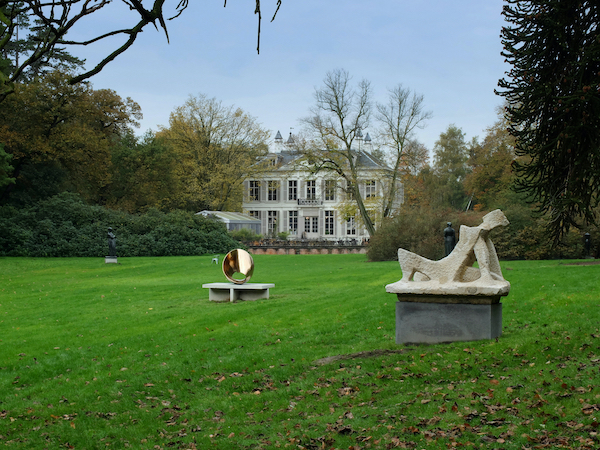 Official tryouts for the team were over and most, if not all the positions were taken. Right after graduating, Alyssa flew out of the UK for her solo trip around France, leading her to miss the tryout memo that she had signed up for. When she returned, the brunette was aghast to find out and regretted her decision of traveling but her father was quick to dismiss her worries and offered to speak to Uncle Tyler about it, surfacing her hope again. In the end, it worked well as her uncle was able to secure her a special tryout for a reserve position. It may not be what Alyssa had thought of after graduation but as she thought about it, it was the best way to start. So what if she wasn’t getting to play almost instantly? She will still be a reserve, learning under the best two captains - Tyler & Carina, both of who were her role models. Kenmare was exactly the team she has dreamed of if not Holyhead and she can’t wait to get selected. Her cousin took her under his wing, conducting practice at dawn each day until they were a weekend away from her tryouts.

Thursday evening found Alyssa in an almost empty part of Kenmare gardens. She is certain that’s not what it is called but the name is too difficult to remember and Alyssa wouldn’t bother with it. Her tryouts were the next day - Friday morning in front of the entire team on the home ground of Kenmare Kestrels, unlike the others who had their own in the Ministry designated location when the official tryouts were held. Alyssa didn’t care as long as she was getting a shot. Her preferred place to practice was the pitch but she needed to be an official Kestrel to be allowed so late in the evening, leading her to the outer parts of the garden where the field is wide and empty save for a few wizarding folks walking around. The first thought in her mind was how unpopular this quaint magical town was but it later dawned on her that the next day is a working day. It worked in her favor as she wasn’t in the mood of airing a show for the audience. Mounting her broom, the youngest Garstang pulled out a snitch and a stopwatch from her pocket, timing the latter prior to releasing the tiny golden ball. She was going to kick off the ground as the snitch buzzed in front of her face but instead of speeding ahead, it flew straight into one of the statues and started circling around it as if playing a game. The fuck?

As Matthias lounged outside Diamond Sea, his legs spread out, his hands deep in his pocket - his eyes cast around the water in front of him. Kenmare, the town their family had picked to build their first few expansions into Europe was quaint..silent, not too popular and in the eyes of the people. And apparently that worked well for them because they could establish roots as silently as possible. But wasn't it just..too vanilla for them? In the past hour or so, Matt had already yawned 20 times, even though he just had a good sleep. Every 20 minutes, someone would pass him by with that jolly Irish disposition and that fucking irritating accent - wishing him a 'very good evenin', aye!' which would just cause him to roll his eyes. At times he even silently split up their grocery bag as they walked away, snickering as their vegetables rolled down the street before looking away. He had no clue why the elder Chervenkovs had picked this place - but whatever their plan was..was probably going to be moving at a turtle speed. The problem was, Matt couldn't complain. He was still in school since he had forgotten to show up for his final exams - blame the girl he was with the night before; the bitch had probably messed with his drink. And since he was still in school, even if he wanted to start doing things with the mafia..he couldn't. And god, was Matt itching to just try something; anything to prove himself. It was one reason why he was here, in this village - helping the elder Chervenkovs move boxes and shit.

Another 20 minutes had passed by, and Matt was falling asleep - and at this point he decided to do something about it. "я собираюсь размять ноги.." He called out, opening the door a crack - before taking the broom that was kept next to him for transportation purpose; mounting it and kicking off. Stretch his legs, meh - he would rather fly. He had taken a spin around the water, before heading towards this area that seemed to be covered with woods. As he had circled the woods, and drawn closer to the clearing - which was more like a garden - a glint of gold had caught his eyes and a devious smile had pulled up his lips. He had played enough quidditch in Koldovstoretz - to know what it was. With razor sharp speed, he tilted his broom down towards the snitch that was circling a sculpture - his hand outstretched..though it flew away the moment he came close to it..sadly the broom he was on wasn't good enough to stop at the right time and Matthias went hurtling forward towards the ground, jumping off just before the broom rammed into the garden. Effectively breaking into two. "Блядь...Блядь...Fuck..fuck..fuck!" Matt cursed, kicking the pieces of broom.


Alyssa always saw the golden snitch as the predator with an agenda of its own - the seeker was the prey that fell into the traps. They chased it, getting lured and tempted as it appeared to be in their grasp right before it flew off. Of course, the predator wasn’t always lucky and at times got caught in the trap they set, which is where the seeker wins. Why the monologue? Because the golden ball was once again becoming a temptress, fluttering seductively around the sculpture, alluring Alyssa. In all these years she played quidditch, she knew it will fly away the moment she drew closer but she couldn’t help it. Mounting her broom, the brunette slowly drew close to it, senses high on alert in case the snitch changed direction but before she could make another move, there was another flying opposite to her, causing her to pull the brakes on her broom. He was too fast, she couldn’t see the boy clearly but the aim was the snitch. Alyssa wanted to call out but it was no use - the boy had fallen prey to the snitch who swished upwards and into the deeper part of the woods.

Damn! Alyssa wanted to go after it, not wanting to lose the snitch. Uncle Ty was going to be horribly upset at her for this but the person had landed pretty badly on the ground - his broom broken and the curses audible as he thrashed the pieces aggressively. “Hey! They’re already broken! You don’t have to take out your anger on them just because you couldn’t pull back on time!” As a quidditch player, the equipment was sacred to her. If her broom broke, Aly will cry for it and here was the man who didn’t care at all. “Are you hurt?” she questioned him, her tone was softer now, searching for signs of injury as she stopped in front of him.

Back to Reenagross Woodland Park