Favourite class: Graphic design (and History, but pretends she doesn't)

GPA: 3, could be higher but keeps it lower on purpose

Character Traits: desperate to be popular, overly-sexualized for her age, acts like she's older but is rather immature, will do anything to get where she wants to be, a bit of a liar if that helps her fit in, prefers to play dumb to get the boy's attention and not be labeled a nerd

Romantic Relationship to other characters: Has always had feelings on Chad Whitlock (Ash Weasley) but will never admit to it

Genetic Relationship to other characters: NA

Has a complicated like/dislike relationship with Faye Levan (Summer Atkison)

Has a major crush on Archie Larson (Isadore Bukowski)

Overall character history: Jessica was born in town and grew up with the Whitlock twins. While she remained friends with Chad, she grew apart with Eva and tries to not be associated with her as she's a known stoner. The mean girls had always been her role models as they're empowered and no one messes up with them, not to mention they're popular and get whatever they want. Her family is a well positioned one but they are far too ambitious to settle down with that they have and therefore had raised her with that same way of thinking, emphasizing on how women could get it all by using their charm. She has had feelings for Chad ever since they were younger but her family's and her ambitions strive for an older boy with a paved future and more money that Chad's family has.

Curious Facts: She was named after Jessica Rabbit, her mum's favorite cartoon.

Her parents are a little too materialistic and superficial.

Likes older boys, would get involved with a professor without blinking, then panic when things get too far

Sometimes thinks she's attracted to girls and is conflicted about it 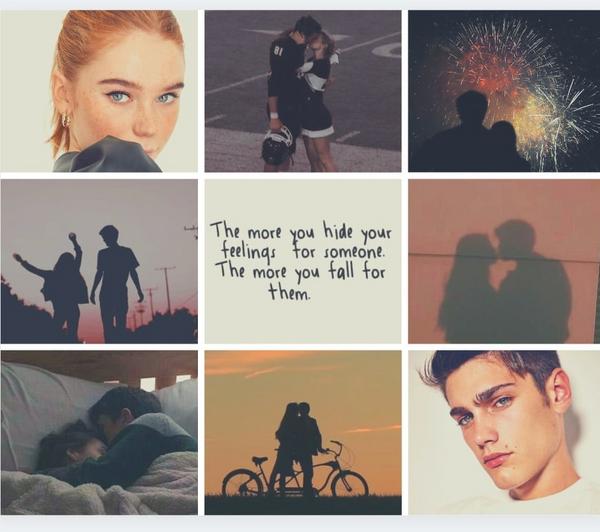 Piercings or tattoos: piercing on her upper right ear

Character dislikes: Bats, winter, sitting around for too long, feeling hungry all the time, being too sensitive and irritable, yellow

Favourite music: She doesn't discriminate but vibes to 90's rock the most, and has a weak spot for pop sappy songs.

Favourite food: Meat. And fries. She also enjoys ice cream, but would eat anything to be honest.

Other family members: All the members of the pack are her family

Laeta's parents didn't want her to trigger the curse in any way, less of all to kill someone at such a tender age, but they couldn't protect her, and that was the reason why her father sacrificed himself since he felt he had failed his family by not keeping his daughter safe and away from the curse. It had been an accident, really. Laeta was playing with other kids, an activity she hardly did since her parents kept her inside the house most of the time. Coinin argumented that little exposure with the needed cautions wouldn't result in anything fatal, and so they started to allow her to hang out with other kids her age. They started to relax after seeing how happy Laeta looked and how she seemed to fit in with the other kids. There a girl who was picking at her though, one who'd annoy all of the kids because her parents wouldn't teach her that poking fun at people was inadmissible. She would tell Laeta how ugly she was and how her hair was funny-looking, how she looked like a ghost and all the insults that a five-year-old could think of. Laeta had always been incredibly hot-headed and lacked healthy social skills, so her first thought after repeatedly asking the girl to shut up, was to push her down the slide. The other girl seemed to roll down it as any other kid would, but since she had gone down head first, with her back onto the slide, she couldn't stop and hit her head. it was deemed an accident as no one had really seen Laeta push her down, but as soon as the full moon came, her parents knew what had happened as she confessed them in tears before her first transformation. She started attending the boarding school soon after her dad's death.