Hair colour:   Hazel Brown
Hair style:  Pigtails or Tied or sometimes its just free straight
Eye colour: Hazel brown
Clothing style: In school, she will either be in her cheerleading outfit or in a fashionable outfit she likes to showcase her beauty. She always wear skirt or dress even if its just ordinary school.
Piercings or tattoos: N/A

Overall character history: Bianca is an Only child or Steve Peters a known business man who manages a business that sells software applications and the newest gadgets. While, her mom Pia is a former beauty queen who won a lot of pageant titles in her life. Marrying one of the riches business man they had one child which is Bianca. They were hoping for a boy for their first born to be able to be the rightful Heir of the big business. Having Bianca as the only child and she is a girl, they see her to follow more the footsteps of her Mom which is a beauty queen. She grew up with a silver spoon. She gets expensive stuff and things. She also gets lessons for dancing, arts, music, modeling at the age of 10. It was like her life was already planned and everyday she is bound to go to a schedule. There was a time her mind was opened to gaming. She was bought one of the expensive laptops and has her own PC in her room. She started to love playing Valo, Legends, GT and felt like she was having fun. Her mind was opened about the world of Gaming Developer but she only does this when all is asleep and she stays late to secretly do what she likes. She started competing into kids pageants and Teens winning her own crowns. Part of her was getting used it it but part of her wants something else.

She start to study in Watfield academy. She got into the Cheering Squad fulfilling this request from her Mom that she has been training for. She knows after a year or two her mom will ask her to compete in a more professional pageants and being part of the cheerleading squad can be a plus too. She can be clingy to people but she never got into any relationships since she was being more trained to be more focus in future pageants she likes to be in. For once, she joined also the robotics club but she never told it to her parents on how good she is also in technology because she is scared for them to stop her from doing it. 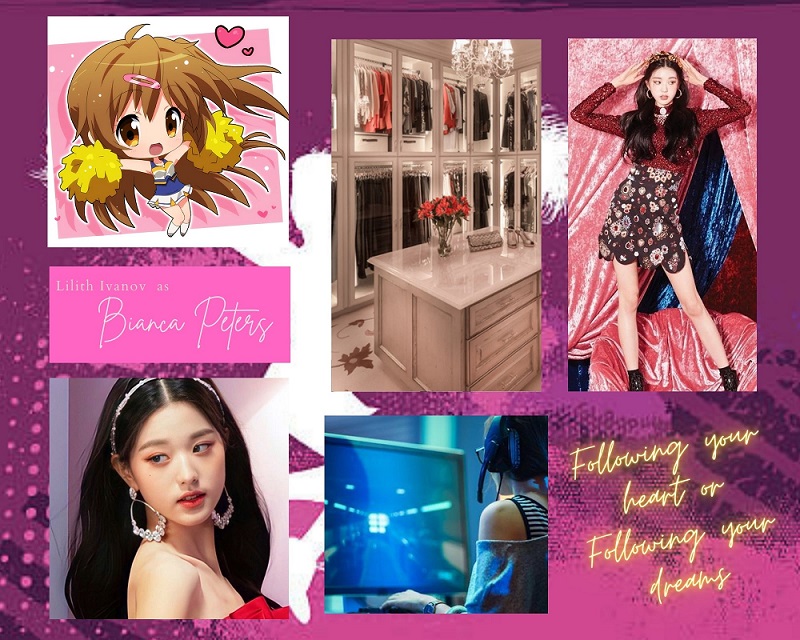 Scene 1: Bianca with her First date with her Boyfriend Asher (Post count 5)

Back Stage Moment: 1. Hair and Make up Area (Post count 2) 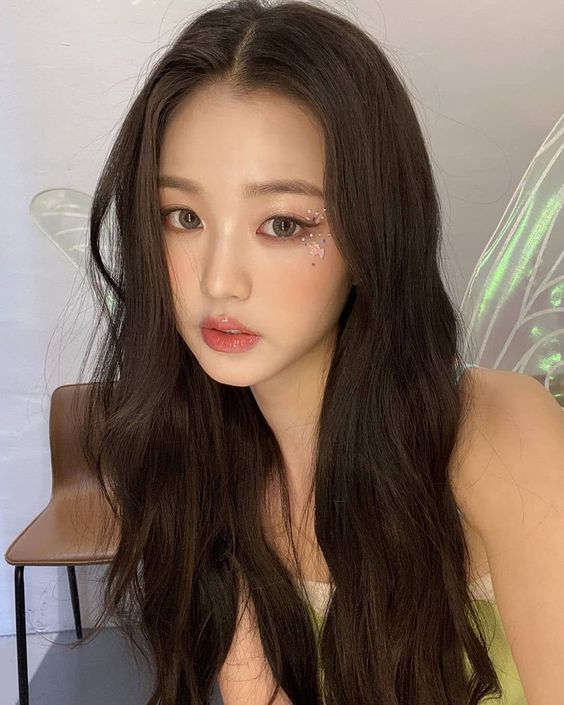 Hair colour: Hazel brown
Hair style: Long straight hair
Eye colour: Hazel brown
Clothing style: Dress, Always in skirt and shirt
Piercings or tattoos:
None
Character Traits:
Sociable and welcoming
Sophisticated
Sharp
Competitive
Impatient
Hobbies:
Making her adoptive brother feel miserable
Making sure she is looking good
Character dislikes:
Her adoptive brother
Power strength:
Manipulation and control of rocks
Making any flower bloom
Control trees
Favourite music: Deep house, future bass
Favourite food: Basically anything [not a picky eater since he has to eat whatever is made back at the orphanage]
Romantic Relationship to other characters: None
Genetic Relationship to other characters: N/A
Other Relationship: None
Mother: Sophia Theron
Father: Hugh Theron
Other family members: Rhys Therion (Adoptive Brother)
Overall character history: Althea is born with a silver spoon from a big family of Earth fairies. She was an only child and she lives attention until her parents adopted Rhys. She hates having to share the spotlight to the point that she got jealous of the attention Rhys was getting. It became her mission and hobby to make Rhy's life a living hell. Since they are the same age. Commonly they have same classes and it pushes her to be competitive. She wants him to feel miserable. Even if sometimes her parents are not happy with her wrong doings.