Hair colour: Black.
Hair style: Teased into a gigantic mess.
Eye colour: Blue.
Clothing style: Corsets (if only she was old enough to start waist training, but her parents won’t allow it!), pencil skirts, platform boots, occasionally a band hoodie paired with tight black jeans. Not the trashy kind of jeans, but ones with no holes and no tears.
Piercings or tattoos: Once she’s old enough, she’ll have a tattoo of a moth on her chest.

Character Traits: Compassionate, independent, imaginative, creative, thoughtful, daring, a bit bossy at times.
Hobbies: Writing, listening to music.
Character dislikes: Hail, travelling, fish (both in foods and as animals), hugs (but she hugs whenever someone needs a hug), stand up comedy, changes in plans, swimming and every other sport out there, waking up late, facial hair
Favourite music: The Cure, Opeth, Depeche Mode, and her favourite is London After Midnight.
Favourite food: Palak paneer.

Overall character history: Kate is an only child. She was spoiled and pampered to the point of it making her an unbearable brat when she was seven years old. Then, her father lost his job, and the family’s income was halved. Kate could no longer be spoiled, the family could no longer afford a big house, and dreams of another child had to be forgotten about.

Kate grew up to love books. She would escape her family’s financial situation (that should not have been her problem, but it was) into reading. She would read Tolkien, she would read Hesse, she would even read Nietzsche. Not that she understood too much of what Nietzsche meant, but she did read it. She understood that there were worlds within books, and that if she ever wanted to understand humans, she would have to read. A lot. Because what is reading a book if not an extensive course in empathy?

She writes in her spare time. Mostly prose, but occasionally she might write a bit of poetry.

A little bit of aesthetic! 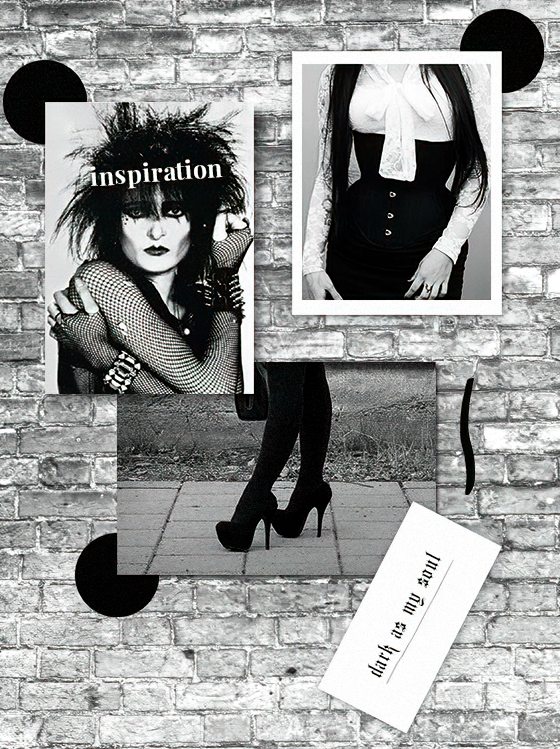 Total years attending the school: This is her first year.

Social status: Old money, new failures. Whatever is the opposite of having recently risen into upper class. Edith’s family has plummeted into lower class.

Ronald has made a mess of the family’s finances. He’s gambled and drank, he’s spent in things that Edith does not know a thing about, and she would like to keep it that way. Thank you. Mabel and Ronald are together mainly to ensure Sean has both his parents in his life. Mabel knows Ronald would disappear into chaos if she wasn’t with him.

Edith was always a good girl. She never made any trouble, she never used bad words… and she made sure to keep her nose out of her father’s business.

Okay, back to the finances. Edith always knew that she needed to bring in money, so she made a bet. Drink some vampire blood, acquired from who knows where, and then, she was supposed to ride a shopping cart down a hill. If she was to survive, she would get a pile of money. If she was not to survive… she would become a vampire. Worth the risk. Edith was shown the cash, and she was told it would be safe. But the shopping cart was pushed down faster than she’d thought — and it’d hit a rock, sending Edith flying into the air. She slammed onto the ground, dying instantly. The people with whom she’d made the bet left the scene.

And so, Edith ended up in Ravensward.