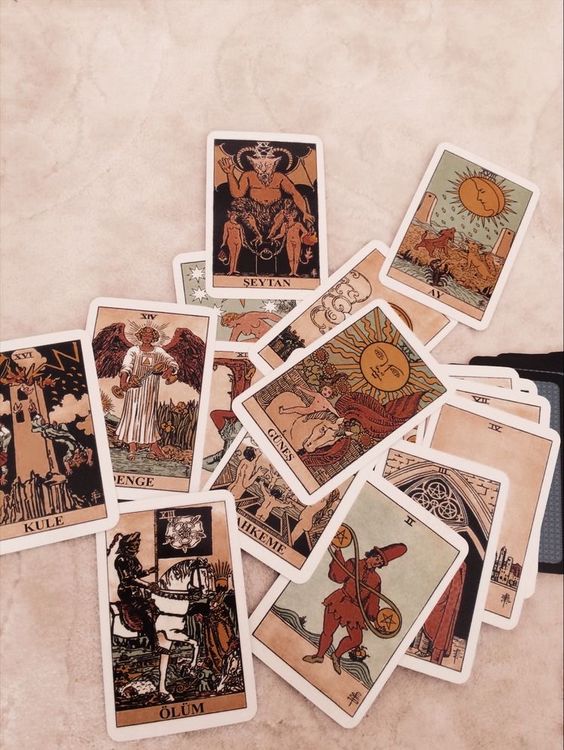 Tarot readings will be done here.

please only post here if you have an appointment

((Appointment made through PM))

It was a week after the spring term officially ended and a few days after seeing Alden got home all drunk - well, not home, he dumped himself and her at the Hog's Head for Merlin's sake because he was too drunk to bring her home - and silent and just spending time on his bed. Isla was supposed to get ready for the summer camp and studying for her upcoming OWLs and yet there she is, trying put some sense on her cousin and cheered him up. She didn't know exactly the cause of his misery but she overheard him muttering Lex name a few times so she guessed the girl was the problem. Isla knew enough about them, because he personally asked her not to mention her name since the break up. Although if she got to be honest, whatever happened between the two of them was unavoidable and nothing could be done since the moment he sent those freaking letter. She really wanted to smack him on the head after he told her that but she knew he had beaten himself enough for her to not doing that. It was the day her cousin off from work at the reserve and wanting to help him a bit, she asked him to accompany her to the Godric's Hollow. There was a newly opened shop there which related to the superstition of sort and Isla thought like maybe doing that for him would be quite fun. And harmless. And it might cheer him up for a bit. She just hoped the result would be good enough. With a side along Apparition, the two of them arrived in front of the store, The Arcana, which she found beautiful. Not taking any longer, she dragged himself inside. "Come on."

It was quite a rare request for Isla to ask him to accompany her to a certain store. She was always being independent and mostly traveled by herself. Hence, she even went to Tinworth by herself without him knowing, which he really found amazing. It had been a weird week for him. First of all he was delighted to finally come back to UK and met Gideon immediately on his day of arrival. Meeting Claire made the week even better and the fact that he got accepted as a Dragon Keeper was beyond anything he could ask for. But then he met Lex. Whatever happened with them was over and he didn't know exactly what kind of relationship they were in right now. She proposed to keep being friends which made him happy, yes, but at the same he wasn't sure if this kind of friendship will work in the future. Mainly because there was a feeling that still lingers, at least for him, and yet he wasn't sure if that was romantic or he was just feeling too guilty he mistook it for the former. One thing for sure is, he felt empty and he just felt like drinking each time he felt it. He had to hold himself though. It wouldn't be a healthy habit and he tried to respect his mother opinion on that. Not to mention, Isla was mad at him for delaying her coming back home because he was drunk, so he tried to keep himself sober at least around her. Godric's Hollow was their destination. He had been there once. It was his uncle's old living place though nobody from the Song family lived there anymore. But the store Isla dragged him to was.. how should he say it.. he wasn't sure what kind of things was sold there because it seemed new and Isla told him nothing about the plan. Although the name gave him a unique vibe. Isla was dragging him inside and, well, everything inside the store somehow resembled the name. There were various plants inside that he, not feeling suspicious, thought his cousin just found a new hobby in gardening and Herbology. It was when she brought him to the area where a table and chairs presented and what seemed to be a deck of cards placed on the table that he started to feel suspicious. What the heck? He sent her the look.

Back to The Arcana