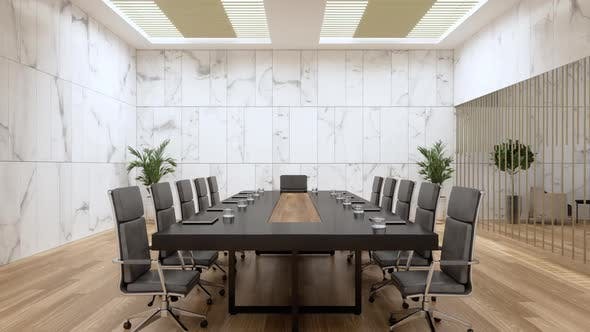 Al walked inside the meeting room with a smirk on his face, finding it amusing that Freya, who had once been his bar hopping partner in crime, was now her own business woman. It wasn't surprising due to her own ambitions, but nevertheless the vivid image of two drunkards singing at the top of their lungs on Fifth Avenue would always remain, in his mind, his favorite versions of themselves. He had arranged a meeting with Freya herself, being pretty discreet about his identity, though giving enough details that would make her want to see him and so he sat down and comfortably placed his hands behind his head as he settled into the chair. They had never lost contact with one another, Al having came to visit here over the years and vice versa but as of late their lives had taken a busy turn so they hadn't made time to catch up or get into one of their inevitable party scenes. With his own growing success across the pond he wanted to expand and broaden his sights in the UK and who better than to get him to find talent than Freya herself, right? In the midst of his pondering a beautiful woman had walked in to offer him coffee and he accepted with a charming smile on his face as he made small talk with her, even exchanging a joke that caused both to chuckle. Ah, good 'ol Al always finding a way to distract the opposite sex and there his best friend would find him getting chatty with her receptionist.

Freya had a busy day, and she couldn't wait to go home and take a nice hot long relaxing bath. She had been going from meeting to meeting, which ranged from meeting with potential clients, to meetings with venue managers and magazine editors. All that was left today was one last meeting with some up and coming musician that moved to the UK from the States. Freya just finished a phone call, so she read up on the notes that her receptionist put with the meeting, which wasn't a lot, so when she was ready, she walked out of her office to go fetch said musician. When she opened the door she noticed a man in a suit, his back facing her, getting a little too close with her assistant. Freya cleared her throat and called the same that the appointment was scheduled under. "Garcia?" She called, although, when the man's face turned in his direction (GM please!), Freya couldn't believe what she saw. Her jaw dropped, and for a moment, she completely froze. She considered she was hallucinating at some point, that the long work days she had were getting to her. She blinked, and then she blinked again, and the view didn't change. Her best friend, former and current, was standing in front of her. She basically ran up to him and tightly wrapped his arms around the man's neck. "Andro! What are you doing here?!" She said and let go off him before playfully shooting a look at the receptionist. "Has he been bothering you?" She asked jokingly. Of course Alejandro had been flirting with her. She wasn't surprised, the girl was a total babe and Freya would lie if she said she wouldn't have been flirting with her as well if she hadn't been her boss. "I'm so happy to see you!"